Four years after the Jasmin revolution Tunisia has a new modern constitution, a freely elected parliament and a president – and since a few days  also a new coalition-government. The next step for the “Arab world’s first modern democracy” is to decentralize the state – by active citizenship and participative democracy.

Our board member Bruno Kaufmann reports from Tunis three months ahead of the Global Forum on Modern Direct Democracy to take place in Tunisia's capital from 14 - 17 May 2015. The word's biggest conference on direct democracy is jointly organised by Democracy International and the International and Referendum Institute Europe. You can register for the event by clicking on the box in the right-hand-column.

Ultimately most of the Parliament’s 217 members were content: 166 of them voted on February 5 in favor of the new Tunisian government. It was the second attempt by the new Prime Minister Habib Essid to find a way forward. After the initial proposals to establish a minority government, PM Essid, who is not affiliated with any political party, put together a coalition of the four major parties: the secular Nida Tounes (86 seats in the parliament), the islamist Ennahdha (69), and the liberal UPL (16) and Afek (8) parties.

This is how modern democracy is being built in Tunisia – the Arab Spring’s uncontested star. A few weeks ago I observed how the various groups, minorities and factions of this country of 11 million celebrated the fourth anniversary of their revolution. In the pedestrian sections of the capital’s main street, Avenue Habib Bourgiba, thousands of people were peacefully promoting their different causes: from the families of those who had suffered from the police violence during the revolution to environmental groups, from Palestine solidarity committees to trade unions, and from leftist groups to the Islamists and extreme salafists. I witnessed a multi-colored, loud, messy but deeply encouraging display for a region and a world still full of abuses of political power.

What the Tunisians have achieved in the last four years since the end of the Ben Ali dictatorship is a solid start towards a modern and participatory democracy. What differentiated Tunisia from other countries in the region that saw the promise of the Arab Spring fizzle out?

The answer: Tunisia’s cohesive society, with strong civil society organizations like the UGTT trade union, the Human Rights League and the Women’s Lobby. Tunisia saw tough power struggles and ugly acts of violence that occurred elsewhere, but the Tunisian response was different. Tunis took the patient and humble route of finding compromises when it comes to the new rules of the game – enshrined in one of the most modern constitutions in the world. 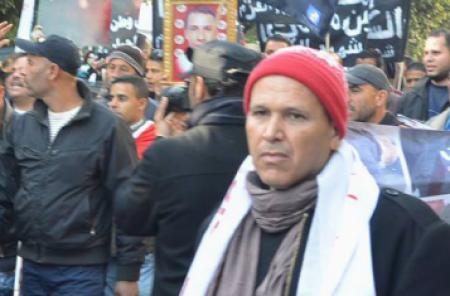 This text was adopted by 93 percent of the members of the Constitutional Assembly one year ago, on January 26, 2014. The Assembly itself had been directly elected by the Tunisian people three years earlier.

Still, many Tunisians – especially young Tunisians who expected big changes after the revolution– have been disappointed with the lukewarm achievements by way of compromise. While some emigrated to nearby Europe, others (especially from the rural areas) joined the evolving wars in neighboring Libya and Syria – raising fears in Tunisia of a return of IS-fighters.

But this was not and is not the only concern in today’s Tunisia. As a result of the regional turmoil, the country’s economy has suffered. Many features of the state, including the administration and the judiciary, have not yet seen major reform. Most challenging, however, is the absence of local and regional structures with Tunisia. Under the dictatorship, villages, towns and provinces were simply ruled as administrative entities under the central government. The result: inefficiency, corruption and a total lack of participation by citizens.

But, under the new constitution, this must now change. The new constitution stipulates not only wide- ranging devolution but also participative democracy. According to Art. 139: “Local authorities shall adopt the mechanisms of participatory democracy and the principles of open governance to ensure the broadest participation of citizens and of civil society”. This will be one of the first big democratic challenges of the new grand coalition: how to decentralize a country by letting the citizens participate and by establishing modern forms of direct democracy. Here the participatory and democratic nature of the Tunisian edition of the Arab Spring will need to flower again – just as it did in delivering the new constitution and a series of free and mainly fair elections. Building local governments in local communities will require more than the ballot box; it demands participation, thoughtful democratic design, and careful agreement.

The new coalition government of Habib Essid has little time to lose. Critics are demanding that the first local and regional elections take place later this year. But before such elections can happen, many basic issues need to be agreed on. What are the geographic boundaries of the still-to-be-defined municipalities and provinces? And even more important (and difficult): What will be the legal basis, the authority, and the very nature of these local governments?

Tunisia is, of course, only the latest democracy around the world to face these sorts of questions and challenges. That is why the country’s major national academic institution, the University of Carthage, will host the 2015 Global Forum on Modern Direct Democracy this spring (May 14-17), together with partners from across the globe.

This fifth world conference on participatory democracy will bring together more than 300 active citizens, officials, politicians and journalists from more than 30 countries. It will see the global launch by swissinfo.ch of a new media platform on direct democracy in ten languages. And, with any luck, the conference will embody the spirit of a Tunisia where democracy is made through the difficult but essentially democratic work of sharing.

Text by Bruno Kaufmann, board member of Democracy International and editor-in-chief of people2power.info. The article was originally published in People2Power here . Bruno Kaufmann co-chairs the Global Forum on Modern Direct Democracy. The 2015 Forum is currently open for registration.

Preparations of the Global Forum on Modern Direct Democracy to take place from 14 – 17 May 2015 in Tunis are moving ahead. Democracy International...
Mehr
General Assembly 2015

Save the Date: Our next General Assembly will take place in Tunis, Tunisia on 16 May 2015.
Mehr