”It would be crazy to walk away from Europe” 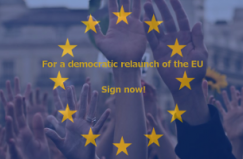 ”It would be crazy to walk away from Europe”

The UK campaign ”Stronger-In-Europe” hopes to win the June 23 Brexit referendum on a positive message, says its campaign spokesperson in Scotland John Edward in an interview with Bruno Kaufmann, board member of Democracy International and people2power-editor.

John Edward has been working as a ”Scot in Europe” and a ”European in Scotland” for more than 15 years. Most recently he has been directing the European Parliament office in Edinburgh and chairs now a school charity. In an interview with Bruno Kaufmann  on the eve of the Scottish parliament elections, Edward offers an insight into the tactics of his campaign, which only partly differs from the overall UK campaign to remain in the European Union. Listen below to the full interview with John Edward.

Some abstracts from the interview:

”We have learnt a lot from recent referendum campaigns in Ireland on same-sex marriage and the Scottish independence vote in 2014”, John Edward acknowledges.
In contrast to the more polarized debates further south in England, the ”Scotland-stronger-in-Europe” will try to win the vote on a positive message. ”We have to explain all the benefits and networks EU membership offers”, says Edward, while remarking that ”walking away from all this would just be crazy”.

Scotland, with 5,3 million people, differs substantially from the rest of the UK; here no political party in the national parliament supports leaving the EU. And it could be that  a that a clear majority vote for "Remain"  in Scotland could tip the overall vote towards the pro-side.

This interview was was published first by our media partner, people2power.info  here.

Will the Queen still be an EU citizen after 23 June? 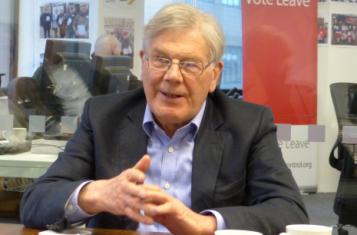 In the upcoming UK EU membership on 23 June, Nigel Smith will advise the campaign “Vote Leave” as “an old wise head” as he calls it. Democracy...
read more
Mind the gaps, Brittania 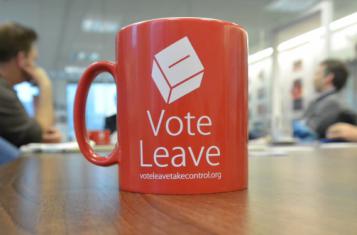 With 100 days to go, the Brexit referendum is on track and offers great democratic opportunities. But this historic popular vote appears...
read more
“The referendum issues just aren’t getting through” 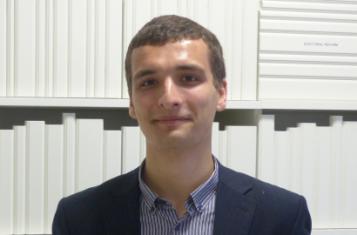 The following is an interview with Josiah Mortimer on the United Kingdom’s upcoming referendum on EU membership on 23 June 2016, as well as on the...
read more