In Trentino, an autonomous province of Northern Italy, the direct democracy initiative “Più Democrazia in Trentino” (More Democracy in Trentino) has been working for years on realising a bill for citizen participation. On 16 July 2014, the local council of Trentino held a session at which the bill could have been adopted. Yet it was sent back to the competent legislative commission for further evaluation.

During the actual vote on 16 July, the Local Government, led by Partito Democratico and other three territorial/local parties, proposed to amend the bill in order to eliminate the key elements. Among 50 articles of the original proposal, they submitted amendments to abolish 39 articles and to substitute 10 articles. Just one article survived following pressure by the President and the leading parties. Therefore, the citizens’ committee asked to suspend the discussion and to submit the original proposal to the opinion of the Venice Commission before the final vote, which was postponed to 2015. If the Council had not accepted this condition the committee would have withdrawn the bill.

Alex Marini, speaker of the citizens’ committee, attended the political session. We seized the opportunity to interview Alex Marini on (direct) democracy in Trentino and Italy overall.

Democracy International: Wednesday’s vote in the local council of Trentino meant a historical step with regards to realising  the bill on citizen participation. How many years have you been campaigning to make this happen?

The committee Più Democrazia in Trentino took the first step in November 2011, when a group of citizens had the idea to submit a bill to increase the popular rights and to stimulate participation in the public decision-making process. The main purpose is to improve legislation for the popular initiative and the referendum. In fact, in Italy both at national and local level, both instruments of direct democracy are not easily accessible. They are often used in a sneaky way. In some cases, as a result of the 50 per cent participation quorum, the authorities induce the abstention in order to invalidate the consultation. In other cases, although the citizens take clear decisions, the authorities do not adjust to the popular will. 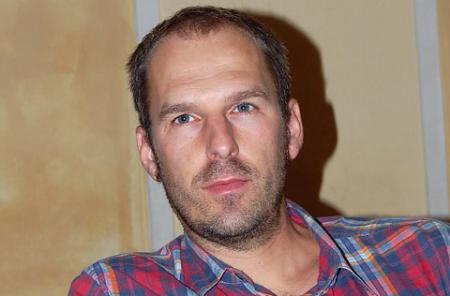 What are the key elements of the bill?

The three pillars of the bill are the introduction of the confirmative referendum, the improvement of the popular initiative (in Italy known as propositive referendum) and the removal of the participation quorum. Along with these elements we have brought to the debate other innovations like a specific referendum commission, civic education at school, an institutional website on participation. Also, there are popular juries chosen by lot, e-petitions, institutionalized public debates for big infrastructures, public consultation, postal vote and a soft version of the recall, which can be initiated by citizens but voted by elected representatives. We also stressed on transparency in order to reduce the gap between citizens and institutions. Unfortunately, all these were rejected.

What do you expect to change in Trentino now?

In Italy there is a dramatic collective expectation for a change but the politicians act like they are living in another planet. The whole country is suffering. The economic crisis has amplified political and social crisis. The province of Trento, despite being characterize by a stronger welfare and a better lifestyle, doesn't make any exception and manifests the same negative trend. The distance between citizens and politicians has become too pronounced. Citizens ask to participate and expect politicians to cut their unethical and anachronistic privileges but they are not granted any space. The majority attempted to cancel all the insights proposed by Più Democrazia in Trentino. This ignorance awoke some citizens, not to mention journalists and unions. I think that the challenge we put upon the Government to withdraw the bill has had a positive effect because we caught the attention of the media. In addition, we have gained more time to bring together other social agents. Of course, although the President of the province has already stated that he does not want to consider the recommendations of the Code of Good Practice on Referendums, the Commission of Venice opinion will be very important because it will reinforce our proposal.

How did you run the campaign? Which instruments of campaigning did you apply, which of them were successful in particular?

We have had a systematic bottom-up approach. With very little financial resources, the only option in our hands was a slow process to create a network at the low level within the community. Trentinians are not very talkative people and we rely on the social relations of proximity. We have met many activists through the word of mouth and on occasion of the 2012 campaign to collect signatures. We are a heterogeneous group, at least from a political point of view. This aspect has helped us. There are activists sympathizing for M5S, Greens, left wing parties, territorial parties and even for the PD party, which at the institutional level attempted to destroy the popular proposal. There are also many independents like me.

On (direct) Democracy in Italy. In February 2014, Matteo Renzi became Prime Minister of Italy. The name of the party he belongs to, “Democratic Party” (in Italian Partito Democratico) sounds promising. Will there be better direct democracy in Italy under Renzi?

Not at all. Renzi  is fully supported by PD and Berlusconi's associates in a sabotage of the referendum. Other than raising the quorum from 500.000 to 800.000 signatures, Renzi is dis-empowering its effectiveness by introducing interpretative limits. The new idea is that the Constitutional Court will have a stronger arbitration power to invalidate the requests if they are “manipulative.” The additional alarm is that they are planning to nominate Ghedini, Berlusconi's lawyer, as member of the Constitutional Court. As you can see there is a serious emergency. They do not care at all about the guidelines of good practice of the Venice Commission. In fact, the code was translated into Italian just seven years after its approval thanks to MP Fraccaro (M5S).

These developments sound scandalous. In Italy, is there a broad opposition by the democratic movement against these intentions to water down Italy’s direct democracy legislation?

The only broad opposition is M5S. Sinistra Ecologia e Libertà (SEL) has split in two parts to converge with Renzi's majority. Lega Nord is collaborating with the Government through MP Calderoli (the author of the infamous Porcellum electoral law) in the anti-constitutional reform. Unions have become monoliths that are not able to promote social change. Furthermore, Italy is the most corrupt country in the Western world.  Regarding press freedom, Italy lacks behind countries like Papua New Guinea and Haiti. In this historical phase, at least at nation level, direct democracy is literally an illusion. Renzi is attempting to destroy not just the law on referendum but the full Constitution.

What do you do yourself? How does your political activism look like to improve direct democracy in Italy overall?

I have been working with MPs Fraccaro since May 2013. He asked me to work with him because of our common interest in direct democracy. We met for the first time within the Più Democrazia in Trentino popular initiative. We were co-founders of the committee when he was working in an energy service company. In February 2013 he was unexpectedly elected as MPs thanks to the M5S boom. After three months I accepted to work as his assistant. It was a great challenge for both of us. In the field of institutional strengthening, he has presented a bill on the conflict of interest and facilitated translation of the guidelines of good practice of the Venice Commission. Since January we have been working to organize an official study-trip to Switzerland with Bruno Kaufmann but we are dealing with unfair institutional resistance. We are also working on a new bill on direct democracy and Riccardo should be able to present it in the next weeks. We will let you know!

On the civic committee “Più Democrazia in Trentino” here