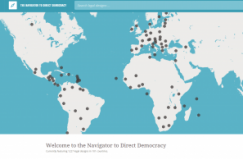 The vote happened in response to an anti-gay measure and had originally aimed at raising the fee up to $8,000. After the decision the California-based advocacy group 'Consumer Watchdog' stated that “it's outrageous that the cradle of direct democracy wants to increase the bar allowing citizens to participate in the process. The Legislature should be encouraging democracy not discouraging it." (See source).

Democracy International asked board member Joe Mathews, who lives close to Los Angeles in California, for a comment on the issue.

“Actually the vote is not a scandal. I would keep it at $200. But it's beside the point. Whether $200 or $2,000 or $20 million is the filing fee does not matter. Nothing will change, since the costs are so high to prosecute a campaign anyway. The initiative game in California is entirely for the rich and powerful. What we need are alternative ways to get measures on the ballot that are based on the quality of the idea and on public support.

In view of these alternatives, all kinds of possibilties have been suggested. There's a proposal to let local governments join forces to put a measure on the statewide ballot. Nicolas Berggruen's Think Long Committee suggested creating a board to which citizens could take their ideas, and that board could put things on the ballot. Bob Stern, longtime thinker on the initiiatve process in Cailfornia, has suggested using polling to qualify ideas for the ballot (those that do well in polls could get on the ballot). There's also the idea of using a citizens' jury, like they have in Oregon to write voter guide language and arguments on initiatives, to evaluate which measures should make the ballot.

Overall, the focus should be on getting the best ideas on the ballot, not the ideas with the most money behind them."

Filing fees in five US states

In the USA there are 26 states that allow citizens’ initiatives at state level. Out of those 26 states, there are only five states that have a filing fee: The fee for Mississippi is $500; California $2000 (as of July 2015); Alaska, $100; Ohio, $25; and Washington, $5. Every other state does not charge anything (Source: Consumer Watchdog).

on direct democracy in California by the Direct Democracy Navigator, a joint research project by Democracy International, IRI Europe and the German University of Wuppertal. 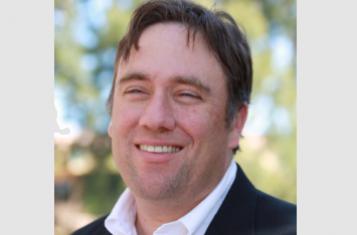 In a series of interviews, we present to you the members of Democracy International's board. We start with Joe Mathews, California editor of Zócalo...
read more