“We are fighting with unequal means” 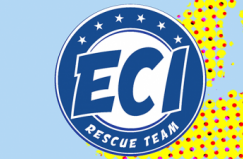 “We are fighting with unequal means”

In a last-minute bit of good news ahead of this year’s ECI Day, the ‘Minority SafePack’ European Citizens’ Initiative announced that they had reached the hurdle of one million signatures required for their proposals to be taken into consideration by the EU Commission. That the Initiative, which hopes to see an improved protection for minorities and language diversity in the EU, reached the threshold is a positive sign for citizen participation in Europe. However, they are only the fifth ECI in six years’ time to do so and this only after a long legal battle with the EU Commission. We spoke with Hans Heinrich Hansen, one of the organisers of the Initiative on their experience, the difficulties they encountered and their expectations for the future.

Tell us about the Minority SafePack European Citizens’ Initiative? How did it come into being and what are your demands?

The initiative was launched by the Federal Union of European Nationalities, the biggest umbrella organisation for minorities in Europe that has over 90 members in 30 countries. At our congress in Slovenia in 2010, we first heard from an expert that the European Union was preparing to launch the European Citizens’ Initiative. At the time, delegates at our congress thought that it would be just the right thing for us minorities and that we should launch a Citizens’ Initiative.

In April 2012, the European Citizens’ Initiative entered into force and we could submit our proposal. In 2013, we had our Congress in Brixen in South Tyrol, where we prepared our demands and discussed the various points we wanted to achieve to improve the conditions and legal protection for minorities in Europe. We submitted those demands in July 2013 as a European Citizens’ Initiative.

However, our lawyers did not get a concrete answer from the Commission. This started a difficult process for us, and this is why there are so few ECIs that have gone through: we had to go to court. Suing to get your ECI accepted of course costs a lot of time and money and would kill most every Citizens’ Initiative. We started our case in late 2013, the court hearing took place in September 2016 and the verdict was passed in 2017. In this verdict the Commission was rebutted on all points - we won over the whole line.

After the ruling, we asked the Secretariat-General of the European Commission whether they would now be open to discussion with us on what points of our ECI they would accept as the subject of an ECI. By now the situation had changed because of Brexit, it had become clear that we couldn’t continue to treat citizens in the same way. And that led to them accepting nine of the eleven points we originally wanted to include in our ECI – our proposals are about the protection of minority languages, educational autonomy, freedom of service for broadcasting and so on.

What was your strategy to get enough signatures? What were the crucial elements to your success?

What was clear before we even started, and this was really decisive, is that most people in Europe don’t know that every seventh citizen in Europe belongs to a minority. In this respect, we had a huge potential audience.  Furthermore, we have an alliance of over 90 organisations in 30 countries: this made a large base of people who are interested in making this ECI a success and enforcing its demands. It also meant that we had organisations on the ground in the different countries, who have really taken the initiative in hand and collected signatures everywhere.

You have now reached the 1.000.000 signatures required for an ECI to be considered by the European Commission. What are the next steps?

Now, first off comes the procedure. We have collected about 1,216,000 signatures. All of the member states now must double-check these signatures. Experience has shown that usually between 13% and 18% of signatures are inadmissible: they are either double signatures or invalid ones. In any case, we have a buffer of about 200,000 signatures, so we should be fine.

The member states have two to three months’ time, afterwards everything is handed over to the Commission, which also has three months. So it will be September or October before the Commission even recognises that we have a enough signatures. Only then, will they look at our actual demands, and  will there be a hearing before the European Parliament.

What do you hope will be the outcome of your ECI?

Having conducted talks with the Commission already and knowing that our points are completely in line with the Lisbon Treaty, we have good hopes. Because we point to a legal basis which already exists, and which is completely undisputed. The difficulty is the balancing act between the EU and the member states, as minorities are often considered a matter for the states.

If you look at Catalonia for example, I am convinced that the EU has completely failed in dealing with this. This is not about condemning separatism, we all do. But there is a legal compromise to resolve this issue: through more autonomy for Catalonia. In Europe, we have the example of South Tyrol, we have the example of Switzerland where the Rhaeto-Romans are even represented on banknotes. We have Belgium, where a federal system exists in which the Flemish, Walloons and the German-speaking community feel at home. I’ll remind you of EU Commissioner Viviane Reding. When she was in charge of fundamental rights, she criticized President Sarkozy of France for his politics concerning the Roma and for the first time we saw an EU Commissioner call back a President of a member state in matters of minority protection.

So there are possibilities existing, there have been examples, it just has to be formalized. Because without dialogue, we will not be able to solve the problems of minorities. The EU needs instruments to solve these problems in the different states, and the Roma minority faces the largest problems. Our demands address the different ways we can implement minority protection, we’ve covered most topics.

The Minority SafePack ECI has come a long way, it was first launched in 2013. From your experience what are the good and bad points of the ECI?

In principle the ECI is a good thing because it tries to bring European citizens closer to the European Union. Unfortunately, this is counteracted by the fact that so many hurdles are built in that it is hardly possible to run a successful ECI. This becomes most clear when you stop to think that we are only the fifth Citizens’ Initiative in six years to reach the necessary one million. And we do not have the Commission's approval yet, we won’t be able to say until September or October.

What we know so far is that an ECI does not have the same possibilities as politics have. We are fighting with completely unequal means. As a Citizens’ Initiative, if you have to go to court like we had to, it costs somewhere around 80,000 to 100,000 euros. So you see that the initiatives that succeed are the ones that have big organisations behind them. Water is a Human Right had the European trade unions, the stem cells initiative had the Catholic Church behind it. These are all very strong organisations and that is not really the point of a Citizens’ Initiative. The point of it is that when a group of citizens have a good idea they can introduce it into politics. I have nothing against the fact that you have to fight for your initiative, but the weapons must be the equal, and they are not. Politicians are paid by the citizens, the court is paid by the citizens, the Commission is paid by the citizens, but the citizens, if they want to sue, have to finance the case out of their own pockets.

A second point of criticism: when the court released their verdict in our case, we had to start collecting signatures  as soon as the Commission recognised our demands. We waited for four years for that verdict, then all of a sudden, we had to get going. There should be time, for example half a year, to prepare. It takes a long time and a lot of effort for the citizens of Europe to find out about an ECI, that's an obstacle too. A small organization simply cannot manage such an undertaking. The ECI tool needs to be improved. It is a good thing and should continue to exist, but it must be improved. Our third point of criticism: how the Commission's responds to an ECI is still open. I believe that the Commission should also be obliged not only to take note of a successful ECI, but  to submit proposals for solutions to the problems it addresses.