the Direct Democracy Navigator to learn about the instruments of direct democracy in the world.

The Direct Democracy Navigator is a new research tool that currently features no less than 1668 different instruments in more than 115 countries worldwide. Its revised website, launched this week, is a product of research carried out by Dr. Klaus Hofmann of Democracy International and committed democracy experts from Europe.

Question: What do Iceland and Tunisia have in common? Answer: In both countries the directly elected president has the right to put a law drafted by the national parliament to a popular vote. Another question: What links the upcoming vote on 8 March in Switzerland on tax breaks for families with the one a month later in Malta about banning bird hunting? Answer: In both cases the vote has been triggered by the citizens themselves.

These are just two examples of a whole exciting world which opens up to interested readers – the world called modern direct democracy. The new Navigator tool offers insights and facts around the legal rights available to citizens to put substantive issues on the political agenda and to have the final say. A world which some people still believe is a very small and restricted one – limited to places like Switzerland, the American West or some countries in Latin America.

However, it takes just one brief look at the dynamic world map to understand that citizens’ initiatives and popular referendums are now available right across the five continents, in more than 100 countries, thousands of regions and millions of municipalities. This week, the latest edition of the “Direct Democracy Navigator” went online, offering a kind of informational back office to everyone interested and working with active citizenship and participative democracy. 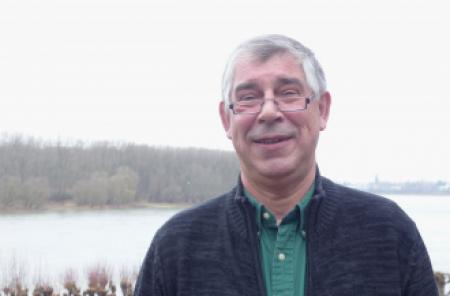 The new Direct Democracy Navigator is the result of many years of intense work carried out by a few committed experts across Europe in cooperation with partners around the globe, including the Swiss-based research institute C2D,  the inter-governmental democracy support agency International IDEA, and the Initiative and Referendum Institute (IRI Europe). It was the latter organisation that established a worldwide assessment of all  kinds of direct democratic tools available and established a clear distinction between the terms “initiative”, “plebiscite” and ”referendum”.

The project, run by Rolf Büchi, developed ten distinct procedures which are able to encompass and categorise basically every kind of popular vote procedure on all levels across the world.

While this new universal typology was already available in late 2009, the work to compile, assess and unify tons of constitutional provisions and legal contexts took years of painstaking fulltime work by a team of researchers led by Klaus Hofmann, academic adviser at Democracy International  in Cologne.

The new Direct Democracy Navigator is based on a specifically designed database and content management system. It can be used on all kind of internet-based devices including smartphones and tablets and is the starting point for yet another chapter in the story of linking active citizens and democratic tools across the world.

By Bruno Kaufmann, board member of Democracy Internatioanl and editor in chief of the media portal People2Power. This article is an abbreviated and modified version of the article that was originally published in People2Power, see its full version here.