The ECI - dead without reforms?

The ECI - dead without reforms?

The European Citizens’ Initiative (ECI) is a phenomenal tool of transnational direct democracy, allowing citizens to directly influence agenda-setting in the EU. It is the voice of civil society in Europe, and has been used to launch political debate on a great diversity of issues, including water as a public good, animal protection, legalisation of cannabis, unconditional basic income, European education, and many more. Since the ECI was implemented on first April 2012, a total of 49 initiatives were proposed and over five million citizens participated in them. From afar this sounds like a great success story of the EU opening its doors to citizen participation in its legislative and policy-making process.

But alas, a closer contemplation of reality shows quite a different story! What about the 40 percent of all proposed ECIs that the EU declared as inadmissible because they allegedly “manifestly fall outside the competences of the European Commission to propose legalisation”? Why have only three ECIs surpassed the magic hurdle of one million signatures? And why do we currently have only two ECIs up and running? Such statistics make it seem as if the ECI is in fact a mission impossible, and if we don’t reform it properly, it will soon be dead.

These were the concerns of the conference Democracy International co-organised this week in Brussels: “ECI Legal Framework - Need for Reform?”. The event brought together 100 participants, organisers of ECIs, representatives of the EU institutions, and scholars, to understand the biggest hurdles of the ECI and to discuss the best recommendations to facilitate its implementation. In light of the upcoming review of the ECI, which is foreseen by the ECI regulation by April 2015, these discussions on the strengths, weaknesses and options for change are of utmost importance.

Listening to the experiences of ECI organisers - in successful and in unsuccessful initiatives - is the best (and most inspiring) way to learn about the obstacles and where support is most needed. Anne-Marie Perret, leader of the first successful ECI on the Right2Water, shared her account of the process from start to end. Running the campaign to reach one million signatures meant raising one million Euros - that implies one Euro per signatory! While her initiative was submitted to the Commission in April, the response process has been highly intransparent and tedious. Her demands for reform hence include greater transparency as well as a support infrastructure for ECIs to inlcude funding and translation.

Madi Sharma, a dedicated entrepreneur who started an ECI to promote female entrepreneurship (Act4Growth), lamented the impossibility of accessing the email addresses of signatories to respond with a kind thank you email or to inform them about the ECI’s progress. Her recommendations to save the Commission’s flagship project were the ability to collect contact details of signatories, as well as a simplification and harmonisation of data requirements across member states; her personal mantra remains “You must be the change you want to see no excuses!”

Also Michel Cermak of the rejected (and now selforganised) initiative stop TTIP spoke defiantly about the ECI, declaring the Commission’s decision to reject the initiative as a political scandal and demanding more consistency and transparency in the admissibility checks. Philippe Grosjean of the currently running ECI New Deal for Europe raised a heated debate when he proposed the European Parliament to assume the main responsibility with regard to ECIs; reactions from the audience contested that the ECI, being a tool of direct democracy, should maintain access to the executive body of the EU, rather than merely reinforcing representative democracy. 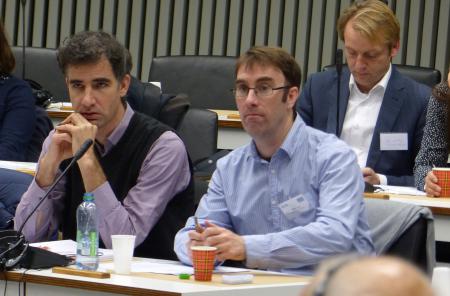 These accounts of ECI struggles were completed with insights from various institutional actors, all pleading for a thorough review of the ECI to make the regulation more user-friendly. Democracy International, together with actors from the European Parliament, the European Economic and Social Committee, supports the establishment of an ECI Officer - to deepen the work of the ECI Support Centre. This one-stop shop should offer ECI organisers legal advice, access to detailed information on requirements to run an ECI campaign, and should improve dialogue between ECIs and the institutions throughout the campaign. Beyond the legal and technical reforms that are imperative to improve the ECI tool, all participants agreed on the need to raise public awareness on the new democracy tool - both amongst citizens and within the institutions.

Democracy International has been actively pursuing the ECI since its very beginnings, campaigning for the birth of this unique transnational tool of direct democracy 10 years ago, and is also now involved in its revision to make it more user-friendly. Together with the ECI Support Centre (run in collaboration with the European Citizens’ Action Service and Initiative Referendum Institute), we have analysed the shortcomings of the ECI regulation so far and have developed recommendations for its reform. In the coming months we will be campaigning on the ECI, preparing the ECI Day in April, developing an easy-to-use online signature collection function, and establishing a working group and circle of supporters within the Parliament to pursue our reform agenda. 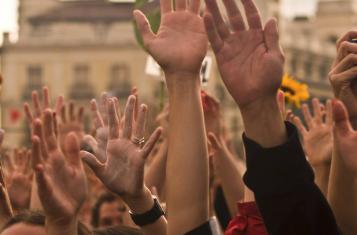 The European Citizens’ Initiative (ECI) is a unique tool of transnational democracy that gives citizens the right to directly participate in setting...
Plus
ECI Day 2013 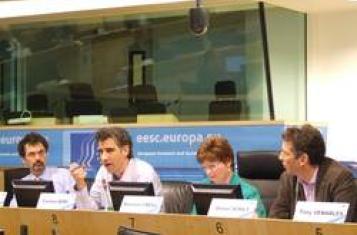 The European Economic and Social Committee (EESC), in partnership with the Committee of the Regions (CoR), the European Citizen Action Service (ECAS...
Plus