Our campaign goes on!

Our campaign goes on!

Do you belong to the many people who have recognised that we need to make democracy work in the EU? We definitely belong to this group, and we are happy to celebrate a major victory with you:

The EU Parliament voted in favour of our proposals for a powerful European Citizens' Initiative on 28 October 2015. We cordially thank everybody for supporting our work so far.

But our fight must go on!

We now need to convince the EU Commission that it must accept what we have achieved so far. It shall not block the reform proposals coming from the EU Parliament. Please support us to pressure the EU Commission.

Thanks to the support of 76,397 people from right across Europe, we have achieved a major step in EU democracy: On 28 October, the Members of the European Parliament voted with an overwhelming majortiy for a reform of the European Citizens’ Initiative to make it a stronger democracy instrument. The reforms included seven of our nine demands for a more powerful ECI.

Watch the video of us delivering all signatures to the EU Parliament in Strasbourg, together with our partners Mehr Demokratie and WeMove.EU.

Yet the battle for more democracy in the EU is not over! Now we need to take the next step: We need to convince the European Commission – as we successfully did with the Parliament. This is because the Commission has the power to simply reject and prevent initiatives coming from the Parliament.

Our campaign will now shift to second gear. We need to demand immediate action by the Commission. 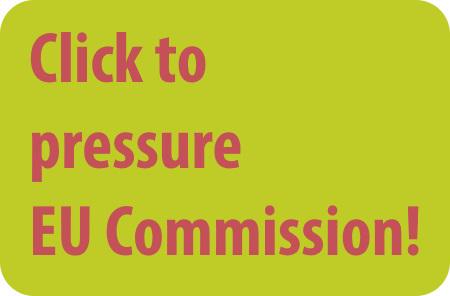 Unfortunately, our campaign budget has been exhausted by our efforts to win over the support of the Parliament. That's why we kindly ask you to help us raise at least 2500 Euros.

We have come incredibly far, but we cannot lose energy now!

With your help, this can be a winning game. Even a 10 Euro donation will help make the difference.

The team of Democracy International thanks you for your support!