As a German EU citizen, I very well remember the celebrations of the 50th EU Anniversary in Berlin ten years ago. Angela Merkel was already Chancellor of Germany and presiding the German EU Presidency at that time. She gathered with José Manuel Barroso, the President of the EU Commission and the EU Parliament President Hans-Gert Pöttering under flag with the logo “together since 1957”.

These three leaders signed the “Berlin Declaration” which had this central line: “We the citizens of the European Union have united for the better”. It was at the eve of the biggest financial crisis Europe experienced since the second world war – and many more crisis to come. But as there were no other problems on the agenda at that moment of history, the biggest debate around the Berlin Declaration dealt with the issue of Christianity in the text. Both Poland and the German Pope criticized the lack of it, I recall.

Huge problems in the next decade

But shortly later the big setbacks began to shake the continent: countries like Greece, Portugal and Ireland nearly defaulted as consequence of the global financial earthquakes. Youth unemployment started to rocket in Spain and Italy, the common currency, the Euro almost failed. And then a refugee crisis without precedent since half a century created strong political reactions, in the United Kingdom the English and Welsh voted out themselves from the EU – and took the Scottish and Northern Irish with them. 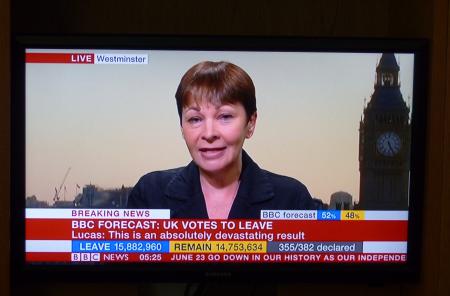 Democracy, one of the constitutive building stones of the EU, was and is questioned in a growing number of member states including Poland, Hungary and the Czech Republic. Little remained from the hopes of the 2007 Berlin declaration about “better together”. And it becomes clear to me that no new declaration will change this. Neither does the five proposals launched by current Commission president Jean-Claude Juncker recently presented, describing possible future scenarios for the EU in 2025 ranging from accelerating European integration for some countries to the limitation on a Single Market.

So, how can we really make a difference for the good?

To unite the citizens of the European Union for the better, EU politicians must dare to bring Europe’s people together and to empower them. The EU Treaty offers at least two options:

Firstly, the European Convention allows politicians, citizens and civil society to come together to draft a new Constitution. By broad, inclusive and transparent discussions, citizens from all across Europe will not merely be spectators but active shapers of Europe’s future. Moreover, at the end of this process, all EU citizens will be able to decide on a new EU Treaty or even a Constitution in a European-wide popular vote. mocracy International has been continuously advocating a more democratic EU. Thousands of Europeans support this idea.

Secondly, the European Citizens’ Initiative (ECI) is a tool of transnational participatory and direct democracy that allows citizens from all across the EU (at least 7 countries) to commonly draft a legislative proposal. In force since April 2012, almost 60 ECIs have been launched but only three of them succeeded in collecting the one million signatures that are required for submission hitherto.

But in the draft declaration for the 60th Anniversary nothing is noted about this forward looking and democratising options. Instead Europe’s leaders seem to hide from the people.

So, here is Democracy International’s very clear recommendation. Please, dear Heads of State and Government in the European Union, do not adopt another EU Declaration in Rome this Saturday. Instead, to bring the European Union forward and to empower its citizens, make some concrete steps to enable a true and transnational democracy.

Cora Pfafferott is the spokesperson of Democracy International.